GradNight.org is the place to give your graduate The Ultimate Gift of a Lifetime. We want to assist in getting your Sober Grad Night started and continue your annual event, obtaining new ideas for a successful event, networking with other Grad Night committees & suppliers and simplifying the entire process. 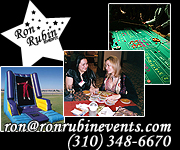 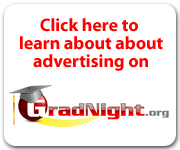 Change the way you think about underage drinking and driving by making a u-turn. Get your facts straight, get involved and get turned around.

Sober Grad Nite is an elaborate all-night party of thoroughly entertaining proportions thrown each year on the night of graduation exclusively for the graduating class. This evening of fun is put on solely by volunteer parents and community members.

A guide to help you plan and prepare for a grad night.

The program was originally developed by the CHP in 1985 when they realized a large majority of seniors were celebrating their completion of high school with unsupervised parties where alcohol was being provided and consumed.

Founded in response to increasing drug and alcohol use among students on their graduation night.

Provides information and materials on prevention

San Jose Police Department enforcing safety and prevention by being involved with programs like Sober Grad and Every 15 minutes.

Founded in 1991 by Lewis & Daggett, the safe and sober prom night focus on safe but yet fun sober proms.

The Underage Drinking Enforcement Training Center was established by the Office of Juvenile Justice and Delinquency Prevention (within the U.S. Department of Justice) to support its Enforcing Underage Drinking Laws Program.

StopAlcoholAbuse.Gov is a comprehensive portal of Federal resources for information on underage drinking and ideas for combating this issue.

Instead of targeting high school students with a message, Youth In Action looks at the whole environment that seems to condone underage drinking.

The mission of Mothers Against Drunk Driving is to stop drunk driving, support the victims of this violent crime and prevent underage drinking.

Efforts are designed to inform adults in Arizona that underage drinking is not a rite of passage, is unhealthy for children, and is against the law.

Face it parents is a campaign to reduce underage drinking that focus on parents refusing to purchase alcohol for kids.

web Be the Wall, Florida

What a teen should see when it comes to alcohol.

Alcohol-related stories, along with underage drinking facts and stats

Links and Stats of Underage Drinking.

It began as a pilot program dedicated to reducing the number of deaths and injuries caused by teen motorists driving under the influence of alcohol and other drugs.